5 Future-Focused Trends of SXSW Interactive – How Can They Help You? 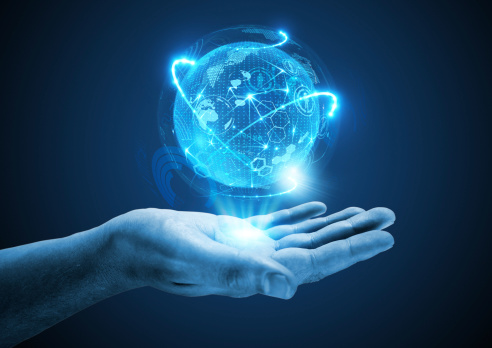 Many of the world’s most forward-thinking technology companies look to SXSW as a showcase for new technologies, and this year was no exception.

So what trends can your business pay attention to and possibly integrate? Take a look at these exciting developments we picked up on.

Meerkat was definitely the breakthrough app of this conference. It’s a live-streaming platform which is still in the early days of existence, though recently it passed 100,000 users. Other apps with similar features include Teleparty, Stre.am and Periscope (which is still in beta). Tons of apps, startups and media companies are ready to capitalize on the live video trend, so your business has plenty of opportunity and choices should you choose to invest.

Fitness trackers are just the tip of the iceberg when it comes to wearable technology. What popped up this year? 3D-printed fashion, for one thing, and an event which focused on the future of technology in the fashion industry. There was also technology that pushed the boundaries of fashion; it focused on innovation from a global and social good angle. An example is the world’s first “smart band-aid” which aims to help in the fight against Ebola. There was also a focus on technology being used to help amputees, the elderly, and those fighting degenerative diseases.

This certainly isn’t a newcomer to SXSW Interactive conversation, but robotics advancements are always exciting and cutting-edge. There was a Robotic Petting Zoo this year, where attendees could touch, operate and program robots that varied in size and capabilities. Many of these were socially conscious as well, including breakthroughs in disaster-relief and humanitarian crises.

Oddly, not everyone in attendance was excited to see the robots. A small group protested with what was called an “anti-robot rally” which they said was to raise awareness about potential concerns associated with artificial intelligence.

Self-driving cars were the focus of a number of panels this year. Along with those, several futuristic auto models were showcased. Technology also aims to help with data analytics when it comes to auto safety and traffic patterns.

Once again, Internet of Things continued to be a hot topic at the conference this year. The term refers to the plethora of connected and “smart” technologies that are infiltrating nearly every industry. iBeacons enable easy communication for event-goers who are using smartphones, letting users locate each other based on interest, find relevant speakers and network in a totally new and exciting way.

For more technology stories and emerging trends, contact On Time Tech | IT Services In San Francisco at info@ontimetech.com or by phone at (877) 270-1391.