Everything We Know About the Reborn Microsoft Surface Pro Hybrid

The new Surface Pro tries harder than ever to be a laptop – is it worth your time? 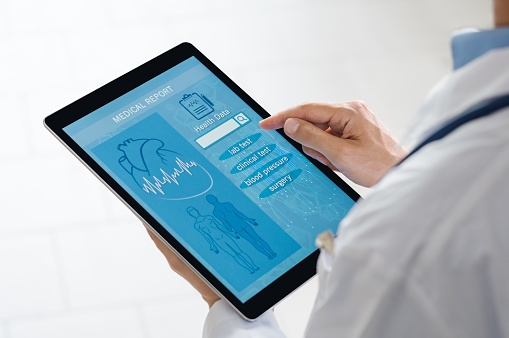 Microsoft has announced a new Surface Pro hybrid tablet model: Once again the tablet is aimed at busy professionals, but this time Microsoft is doing a soft reboot, dropping the number systems (it’s just Surface Pro now) and tweaking multiple aspects of the hybrid to bring it up to speed compared to the Surface Book, Studio, and other newer offerings from the company. Here’s what we know about it so far!

If you saw the design for the older Surface Pro hybrids, then you definitely know what to expect here: A large Windows 10 tablet with a 12.3-inch screen and attachable keyboard to turn it into a mini-laptop on demand. However, updates have given the touchscreen Ultra HD capabilities, and much more powerful front and back cameras. The Surface Pen or stylus also comes with the hybrid model and has been re-done with better traction and magnetics. In general, the computer also has a slightly more friendly, rounded appearance that makes it more similar to something like the iPad Pro than before.

Wi-Fi and Bluetooth 4.1 will be supported right off the bat, but you will also have the opportunity to upgrade to 4G/LTE if you need a data connection for more remote work. It is confirmed that the laptop will come with a MicroSD slot, one USB 3.0 port, and one mini DisplayPort – which may not seem like much in the way of connections but is actually very competitive when looking at the ports on other tablet hybrid models. Microsoft is really pushing the idea that the Surface Pro can act as a big boy laptop when it needs to (this isn’t true of any tablet, although they are improving), and more advanced connections are a part of that.

The Surface Pro will offer a choice between several different Intel Cores ranging from m3 to i7. RAM also spans a similar gamut between 4GB and 16GB. These specs are largely comparable with the Surface Book full-sized laptop, plus some extra options for less power and a lower price. We’ve officially reached the days where a well-made tablet can adopt the power of a comparable, larger laptop. This works particularly well for Windows 10, which doesn’t have a slimmed down mobile version, which means that you get both the necessary power to run Windows software and all the functionality of Windows 10 – albeit in a smaller form.

This raises an important question: Should you consider the Surface Book or new Surface Pro for a business laptop? Obviously, the tablet is a bit smaller, a lot thinner, and doesn’t weigh as much, so it’s more useful for very compact spaces, or for a position where you find yourself walking around with your computer a lot. The Surface Book is also very mobile and even has a detachable screen, but its larger size makes it more appropriate for jobs where you have more time to sit down.

The new Pro has four different storage options, ranging from 128GB to 1TB. That’s right, 1TB in a tablet hybrid! We live in exciting times. But the important takeaway here is that these storage options are definitely more on the laptop side, which is going to add some extra weight to the Pro. None of the 16-32GB range that you might find in a common iPad or a Chromebook. Microsoft knows that many businesses need larger storage drives for files and projects. Granted, the evolution of OneDrive and the upcoming Windows 10 Cloud are changing that, but for now, you don’t need to worry if you use less Cloud and more direct downloads for your business. Of course, this does make your data more vulnerable, so it’s important to adopt proper security measures so that your computers will always be protected.

The Surface Pro will be widely available in mid-June. The three primary price points with be $799, $999, and $1599 for an increase in storage and speed with each price bump. This is fairly unsurprising and compares with the Surface Book, and somewhat more favorably with highly expensive MacBooks. The comparisons are less favorable when it comes to lower-end Chromebooks and Ultrabooks, but as we mentioned, you’re also giving up a lot of storage space and power in these models.

If you have more questions about the Pro, other Surface models, and how your data systems would work with new hardware, let On Time Tech | IT Services In San Francisco know! We offer help and services for your San Francisco company: Contact us at (877) 270-1391 or info@ontimetech.com today.