How MS Office Uses Collaboration & Other MS Office Features to Keep Its Place as the No. 1 Office Suite

While some see Office 2016 as nothing more than a cosmetic update to the venerable program, they are wrong. MS Office 2016 is a sea change for how we use and buy it.

The first MS Office Suite was introduced as a DOS program in 1990 and had only three components:

There have been loads of version since Office 1.0. The first version was not for Windows but for DOS. At that time the keyboard was the input device, as the mouse was thought of as a luxury and eschewed by early Office users. Since then, we’ve seen many iterations of MS Office that include:

Office 2016 has many new features that help keep its place as the number one productivity suite across the globe. 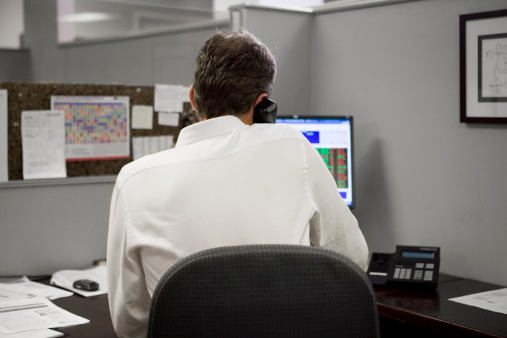 While some see Office 2016 as nothing more than a cosmetic update to the venerable program, they are wrong. MS Office 2016 has important changes in the way it is used for collaboration and also has changed in the manner for which small and medium-sized businesses pay for it.

Let’s begin with payment options. Microsoft claims that Office 2016 is the last edition of its office suite you will ever buy – that is sorta kinda true.

Microsoft Wants You in the Cloud

Businesses that subscribe to Office 365 receive updates continuously so the program stays updated. If you buy the stand-alone versions of MS Office, you don’t get this advantage. It seems that MS is trying to make its flagship program relevant through a subscription service like the way Windows 10 is constantly evolving with frequent updates that are more than just security patches.

Office 2016 has more offerings than the 3 original components of the suite. They are:

Office 365 is a cloud based version of Office and this makes using the 1 terabyte of data provided by Office 365 on MS OneDrive exceptionally simple. Buyers of one-off Office products only get 15 gigabytes of OneDrive storage.

While the amount of storage is generous, the real benefit comes from the easy collaboration that OneDrive users enjoy. Collaboration is a built-in benefit for collaborative work in Word, PowerPoint, and Excel. Skype is incorporated with Office 2016 that makes for real-time collaboration without ever leaving the Office software suite.

Collaboration is enabled cross-platform and both the Windows version and the Mac version have the same apps and look alike too. This makes those who use a PC in the office and MacBook as a portable device easily switch. Moreover, smartphones can run the portable version of Office too. This version is called Office Online. It allows for editing and creating new documents, presentations and more and it’s free.

Other collaboration tools in Office 2016 include:

There is no need to keep things on a flash drive with Office 2016. Anywhere access allows users to log into MS Office to work on files that otherwise need to be stored and protected on a thumb drive – in fact, you don’t even need to download files to your laptop or tablet. Since files are stored in the cloud, loss of a thumb drive or your laptop doesn’t compromise them if a device is lost.

When it comes to staying current on all things IT On Time Tech | IT Services In San Francisco in San Francisco is your best resource. Contact us at (877) 270-1391 or info@ontimetech.com.