Is That a Human or a Robot on the Other End? 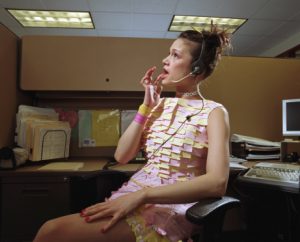 Spam From the Cloud

I hate spam. I really do. And if you’re like me, you hate spam, too. Possibly something even worse are those robocallers, but you can probably figure them out pretty quickly. The problem is that now telemarketers have a new way to get into our faces — and it’s cheap. It’s as cheap or cheaper than sending an email.

When the Robocallers Get Sneaky

It goes something like this: You get a phone call, and you check your caller ID. It’s a local number, but you don’t immediately recognize it. Maybe your significant other has car problems and is at a mechanic shop. Maybe it’s a new customer or client who wants to talk with you, and you just don’t have their cellphone number yet. Maybe it’s your kid, and he forgot to charge his cellphone. So you answer it. Little do you know that the “person” on the other end is actually a robocaller.

At this point, you’re thinking it’s obviously a robocaller and not a person, but don’t be so sure. The programmers have gotten cagey, and you may hear someone on the end say “hi!” If you reply — like most normal people — the robocaller may introduce itself by a first name and even give you a fake title and company they’re “calling” from. If you ask the robocaller if it is a computer, it will deny it vehemently. But, you’re talking with anything but a human being.

You have to give these scam artists an “A” for ingenuity. The robocallers come from the cloud and not necessarily a central location. The outbound interactive voice response programs or outbound IVR can be sent in Voice-over-IP, or VoIP, lines that will hide where the actual phone call is being made from. Numerous companies have sprouted up offering these interactive systems, including Nuance, PlumVoice and CallFire. If this behavior seems familiar, you’ll recognize it as the driving force behind Siri, Cortana, Echo and other voice-driven interactive systems. You can thank AT&T for this little bit of innovative technology, who patented the technology back in 2006.

While many legitimate companies use these robocallers, they’ve become so cheap that less-scrupulous companies are using them for various scams. CallFire, for example, allows developers to interface with its application to build their own apps, which can perform outbound IVR from just about anywhere. The U.S. District Court for the Western District of Washington ruled CallFire to be a common carrier, which protects the service from litigation when it delivers an unwanted spam message.

Telemarketers, as one would expect, love this technology. The scammers can easily choose from a host of VoIP numbers that are local to you to make the call. It doesn’t matter whether they are in the next town or on the other side of the globe. By using the cloud, they can cheaply and easily deploy their robocallers and deal with unsuspecting targets who may not even know they are talking with a machine. What’s more, once they have you, they can then forward you to a real-life person who can finalize the deal. Again, you don’t know whom you are talking to or where this person is.

Obviously, the cloud has opened up a Pandora’s box of mischief. So the next time you get a phone call from a local number you don’t recognize, don’t be surprised if you get someone on the end who sounds like they might be human — but aren’t.