Microsoft releases a new Windows Surface tablet that the company says will replace your laptop. 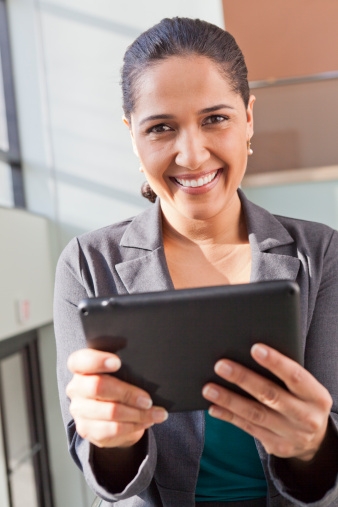 The Surface Pro 3 costs $850 for the basic version. Other features include a 12-inch multi-touch display screen, a pen to write on the surface, a detachable keyboard, 9-hour battery life, and a high-end Intel Core.  The Surface Pro 3 is a fully powered PC with a full version of Windows rather than a mobile version.

The 11-inch MacBook Air will have to compete against lighter and thinner Surface Pro 3. The company also plans to release a new version of Adobe Photoshop for the tablet.

Businesses should be interested in the new Surface 3 because it is bigger, faster and thinner than the Surface 2. Surface 2’s 10-inch screen made presenting your work to others difficult compared to the Surface 3’s bigger screen.

The days of sitting in front of a desktop are long gone. This new tablet provides you with the option to work wherever you want; an easier way to take notes while you’re in a meeting; and a reason to decrease spending on miscellaneous office supplies.

The Surface 3 uses Windows Defender to prevent malware and viruses from affecting your system. Laptops are prone to receiving viruses and deciding whether to fix the problem or buy a new device can be expensive. The best quality of the traditional laptops was its power. Now that the Surface 3 has a 4th Generation Intel Core processor, it has the power to perform just as efficiently as a laptop.

If you have purchased your own Surface 3, let us know if you like it by emailing us at info@ontimetech.com. You can also reach us at (877) 270-1391. We’d love to hear your opinion of Microsoft’s new tablet.