Without having to give up entirely on cellphone use, there are ways to ensure that online communication remains safe and efficient. 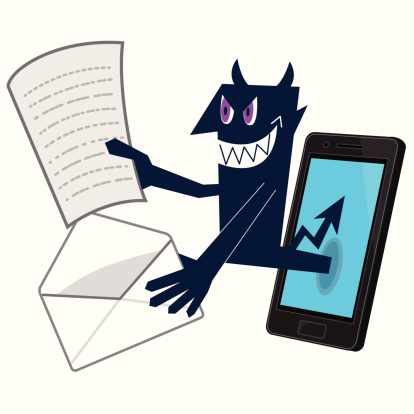 Apple patched the security vulnerability in its messaging applications shortly after Charlie Miller, a professional hacker, demonstrated how easy it would be to hack into iPhones using a text message. The IT conference last July pointed out loopholes in existing messaging security of cellphones, benchmarking the need to revamp security for mobiles and fixed-line companies. Cloudmark’s CTO, Jaime De Guerre, clarified that Miller did not really invade any mobile privacy, “That was a demonstration, it never really happened in the wild.”

Other cell phone users, however, have not been so lucky. Worms like The Sexy View, named because it sends pretentious links supposedly to view sexy pictures, attacked some Nokia phones. When a user mindlessly clicks the link, the worm will take over the phone as a botnet invades a computer, sending itself to the contact list. Although the Sexy View has been more of a problem in Asia, it’s only a matter of time before it lands itself on the hands of cellphone users in America.

Attacks range from simple eavesdropping to extraction of personal information like phishing for passwords, theft of data sent or stored in the phone, and spam. Every phone’s new feature opens up bigger vulnerabilities. “Social media is expanding to mobile devices,” notes Martha Vazquez, senior research analyst in the Network Security practice at consulting firm Frost & Sullivan. “While this is a great way to market your business, many threats are attacking these sites and it’s common to find a malicious URL link. SMS messages are another very common way to receive malware.”

“The thing to understand is that smart phones today have all the power of a full computer,” says De Guerre. “They can have a 1 gigahertz processor and hundreds of megabytes of RAM. So all the same types of attacks that could happen to a computer can happen to a smart phone.”

There are several ways to discuss mobile short ends especially for the security of small businesses. Without having to give up entirely on cellphone use, there are ways that the experience remains safe and efficient. Here are some steps to consider.

Have questions about mobile security?  Our mobile security experts are here to address any security challenges you may have.  We deploy BYOD solutions and make recommendations on how to best protect your business.  Call (877) 270-1391 or email us at info@ontimetech.com.